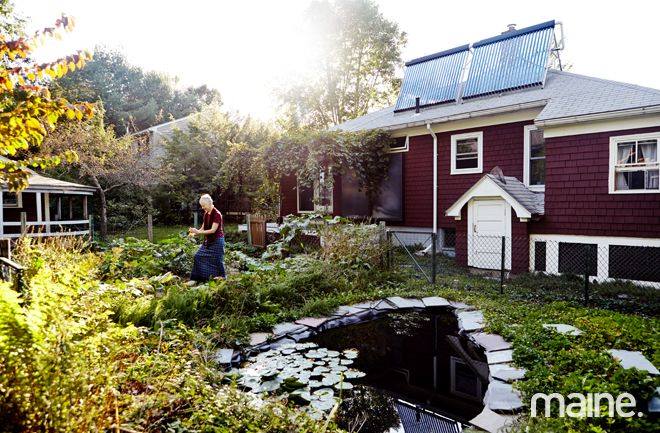 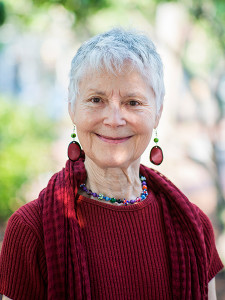 “the house of our Love” The joyful remembrances of poet, yoga practitioner, and peacemaker Elaine G. McGillicuddy

2015: Elaine interviewed by Merry and Burll Hall of

When Merry and Burll Hall, friends whom I had met through permaculture, asked to interview me, after the publication of my third book, I agreed, since it’s a good way to promote my books. But I was initially reluctant – because I cringe being referred to as a “visionary.” In my response to Merry’s first question, I even mentioned that “mission” is not a word I would use about myself.

In the process and in the end, however, the interview turned out to be a gift. And in this way, specifically: Reflections on my life at this juncture, became a spotlight showing me the path for my next step. (The upload for this link is slow but it does work! ;o)   blogtalkradio.com/envision-this

In 2012, shortly after the publication of Sing to Me and I Will Hear You – The Poems, Bill Gregory interviewed Elaine on Portland Community Television’s program, “Second Act”. Since the interview with her is the last one of three (each of them ten-minute interviews) listeners could listen first to the other two before coming to hers, or they could move the dial beyond the halfway point in this video.

Nine months after Francis’ death in January, 2010, as part of Carolyn Barnwell’s graduate student project for the SALT Institute for Documentary Studies in Portland, Maine, she interviewed Elaine on her grieving process. This 8-minute radio story was aired through Interfaith Radio on over 60 public radio stations throughout the country: https://soundcloud.com/carolynbarnwell/sing-and-i-will-hear-you

2005: Elaine and Francis together interviewed by Susan Hirsch:

NOTE on the framed magazine ad highlighted by the cameraman:

At the end of this interview, Susan Hirsch read its caption aloud –
“On your mark, get set…grow!”

The “Underground” chapter in Sing to Me and I Will Hear You – A Love Story ends with a dramatic account leading up to Francis’ decision to leave the priesthood. It was climaxed by his gift to Elaine of this ad he had torn out of a magazine on that life-changing day.

When two graduate students of the Portland-based SALT Institute for Documentary Studies asked Francis and me if we would be willing to be interviewed, and to let them follow us around for about four or more weeks, we agreed. We let them in on our lives in various settings. Britta-Lena Lasko was the photographer and Renee LaLone, the reporter. They met my mother, came to church with us, sat on our couch at home, observed us in yoga class, and also in the men’s pod at the Cumberland County Jail. We went to both the men’s and the women’s pods, but alternately, once a week, over a period of eleven years.

Renee’s interview includes the more personal aspect of our lives but offers as well two accounts mise en scene in two yoga classes – one at Portland Yoga Studio and the other at the Cumberland County Jail.