I hope to add to this gallery some photos of my goddaughter Rowan and her parents, Lynn Kuzma and Lee Slater —and others too. But for now, here are some 50 + photos, the majority of which enhance my second book, Sing to Me and I Will Hear You – A Love Story.

The photo of Francis and me sitting on the front steps of our home appeared in the Maine Sunday Telegram, in 1984. It accompanied a front page story about Francis’ and my decision to become conscientious war tax objectors by withholding our portion of taxes that would pay for nuclear weapons. Details are given about our activities during those years under the heading “Peaceworks” in Sing to Me and I Will Hear You- A Love Story.

The bottom left corner photo of Francis doing a Warrior I pose (Virabhadrasana I), inside Portland Yoga Studio, was taken by Britta-Lena Lasco.

The enlarged photos of us teachers in yoga postures, like the one below, were taken at Two Lights State Park in Cape Elizabeth, Maine.
Bill Gillis, who photographed these, joked that he was depicting “Francis with his harem.”

The majority of them can be found gracing the Yoga Is Union interview. 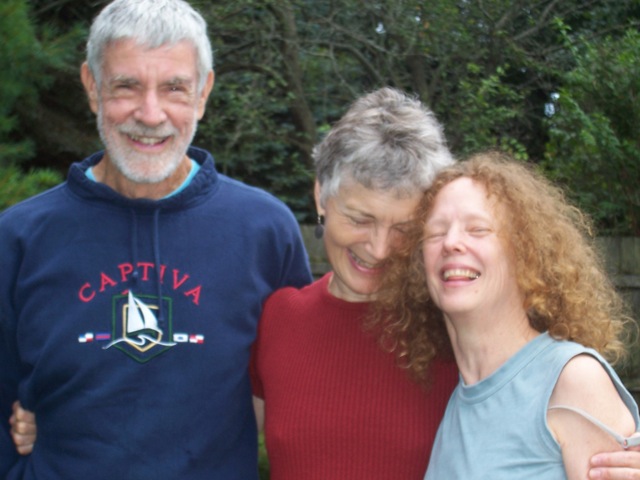 Melora Gregory caught Francis’ smiling, twinkling eyes
in taking this photo of us with Pamela Ryan at a yoga picnic in her backyard (circa 2007) 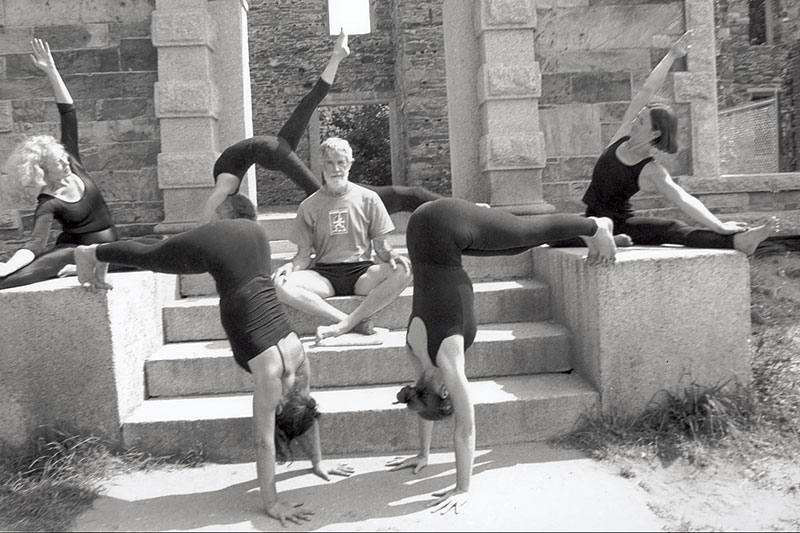